All you need to know about chimney sweeping

When most people think of chimney sweeps, they conjure an image of a soot-covered child in the midst of the Industrial Revolution. Chimney Sweeping Cambridge is an ancient profession. Records of people earning their living by clean chimneys go back as far as the 16th century. However, in a world in which modern conveniences such as central heating have largely replaced the once ubiquitous coal and wood fires used to heat homes, one could easily assume that chimney sweeps no longer exist. This would, however, be a false assumption: chimney sweeps are not the anachronisms most people presume them to be, but thoroughly modern professional tradesmen. If you are one of the growing number of people who have a functioning coal or wood fire in your home, it might well be in your interests to acquaint yourself with a modern day chimney sweep. Old-fashioned fireplaces are becoming increasingly coveted, and for good reason: a well restored fireplace can add great character to a room, and, if it is well-maintained, can be an excellent source of heat during the cold winter months. However, the benefits of having a real coal or wood fire in your home must be balanced by dedicating a little time and money to ensuring that your fireplace functions both safely and efficiently. The National Association of Chimney Sweeps defines the primary role of the modern chimney sweep as “to aid in the prevention of chimney fires and reduce the risk of dangerous fume emissions from blocked heating appliances, flueways and chimneys.” This article seeks to address some frequently asked questions, and to explain how a chimney sweep could help you to maintain a safer, more efficient fireplace.

How a fireplace works

As a fire burns in a fireplace, the air from the room goes through the grate and fuels the fire. As the fire burns, it releases numerous gases which rise, as they are lighter than the surrounding air. These gases then escape up the chimney and are released into the atmosphere. As these substances pass through the chimney, a substance commonly referred to as soot begins to accumulate on the walls. This includes a flammable substance called creosote. Over time, these deposits can begin to obstruct – and eventually completely block – the chimney. Such an obstruction can lead to an inefficient, and potentially unsafe, fireplace. This can be explained by the fact that a well-functioning chimney is necessary not only to allow potentially harmful gases to escape from the room, but also to ensure that the fire burns efficiently. As hot air ascends in the chimney, the fire sucks in more air from the room through the grate, in order to fill the space that has been left. Without this continuous supply of air, the fire would burn itself out. Deposits of flammable substances such as creosote also have the potential to cause chimney fires. Thus, a clean chimney is also a safer, more efficient chimney.

Can’t I clean my chimney myself?

If you have a day to devote to the task, lots of patience and the necessary equipment, it is possible to clean your chimney yourself. Bear in mind, however, that chimney sweeping Peterborough can be a somewhat messy process! Make sure that you cover the fireplace and carpet with plastic or a dust sheet before you begin. It is now possible to rent a vacuum cleaner specifically designed for cleaning chimneys from most DIY stores. This may be adequate if the chimney is in reasonably good condition, but it is unlikely to be of much use if the chimney has been neglected for a prolonged period or if there is a lot of impacted soot. If you cannot see far enough up the chimney to discern whether or not this is the case, or are unsure, it would probably be better to consult a professional chimney sweep than to risk overlooking an obstruction that might be a safety hazard. It is also possible to purchase chemicals which can be put onto the fire before it is lit. When these chemicals burn, they produce a gas which breaks down most of the substances commonly deposited inside chimneys. It is worth remembering that it is inevitable that loosened soot will end up crashing down into your fireplace, so be prepared for a fairly time-consuming clean-up! If you would prefer not to attempt either of these more modern methods, you could always hire some brushes. This takes a lot of patience and can be physically tiring. You will also need a sturdy ladder and quality footwear if you want to examine your chimney from the roof. If you choose to maintain your own chimney, it is worth remembering that keeping the chimney clean will not be your only task; routine maintenance tasks ought not to be overlooked. For example, firebacks will inevitably become damaged by the heat of the fire, and cracks may begin to appear. It is possible to do a patch-up job on smaller cracks, but in the event of larger cracks appearing, it is best to install a replacement. Whilst it is also possible to do both of these jobs yourself with the aid of a good DIY manual, it might be more convenient to consider hiring a professional.

What are the benefits of hiring a professional chimney sweep?

A good chimney sweep will have the necessary training and experience to notice problems which might lead to chimney fires or inefficient burning and will be able to bring these problems to your attention. Most chimney sweeps will also inspect your chimney for potential problems from the roof. Even if you have an idea about what to look for, it might be problematic, or even dangerous, for you to attempt this yourself. It is also unlikely that your own untrained eye would notice more subtle problems, such as signs of freeze-thaw weathering. If a problem is noticed early, it will probably be easier, and cheaper, to fix. It is also much more convenient to hire a professional to take what will inevitably be a time consuming, physically draining and messy job off your hands. Hiring a professional would also bring you the peace of mind of knowing that problems have not been overlooked and that your chimney is safe and well-maintained.

How often should I have my chimney cleaned?

At least once a year. Chimney sweeps usually advise that chimneys ought to be cleaned after a period of prolonged disuse (over the summer for example). Many also advise that chimneys should be cleaned before the end of the heating season to ensure that the chimney is clear of animal nests and prepared for the subsequent idle period. If a chimney is used very often, it might be necessary to sweep it more often. A professional chimney sweep would be able to advise the optimum cleaning schedule for your chimney.

Do I need to have my chimney swept if I have a gas fire?

Yes, although less frequently. Blockages in chimneys connected to gas fires can lead to a build-up of carbon monoxide and other harmful gases. A professional chimney sweep can advise how often your chimney ought to be swept.

Where can I find a good chimney sweep?

How much does it cost to hire a chimney sweep?

This depends upon where you live and how much work there is to do. If you live in a large house in very remote area which has several chimneys, you will obviously pay more than someone who lives in a smaller house which has only one or two chimneys. The best way to find out exactly how much the services of a professional chimney sweep will cost you is to contact one and ask for a quote for your property. As a rough guide, a homeowner looking for a sweep to clean two chimneys should expect to pay something in the region of £60 per chimney. 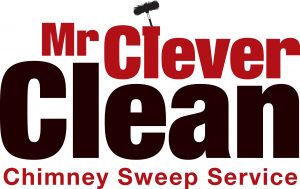 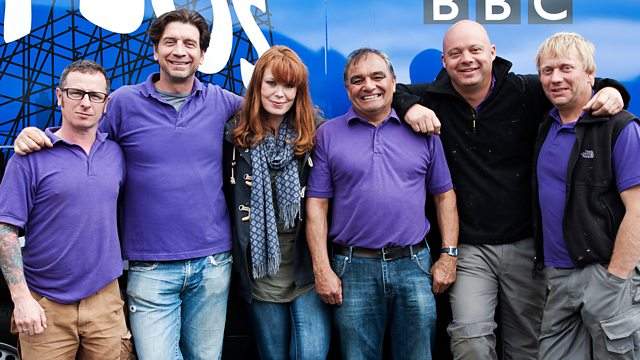 “Dakota Read“ featured in the BBC One series ‘DIY SOS: The Big Build’ to help

transform the home of a family in Weston Hills Spalding. 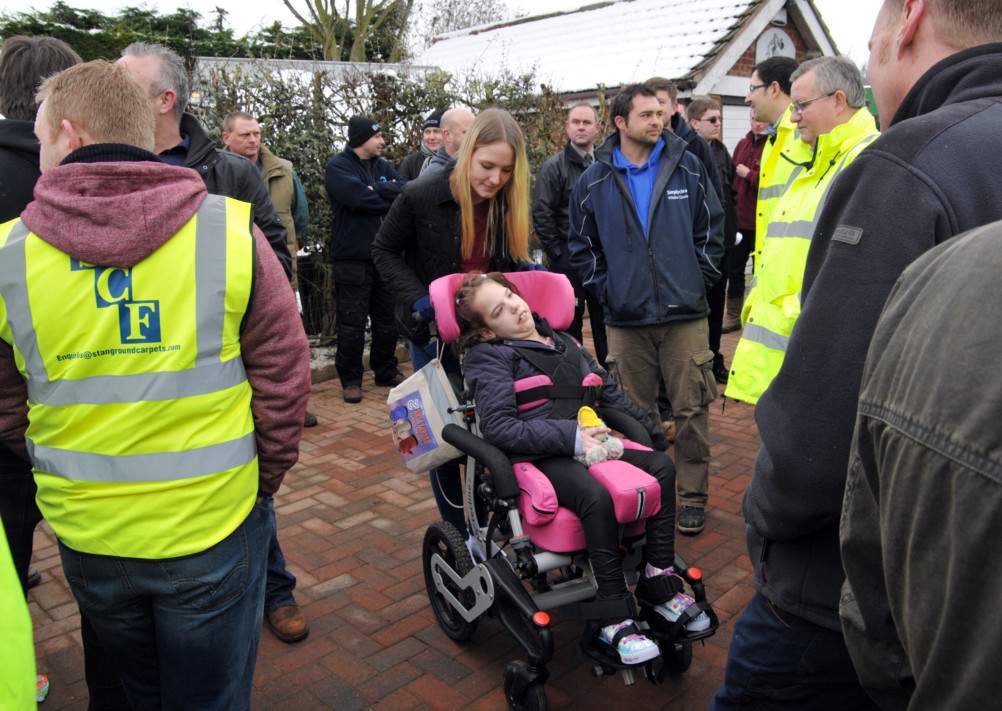 We Are Proud Members Of Safe Local Trades 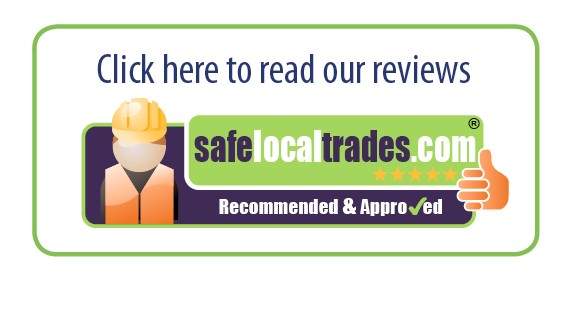 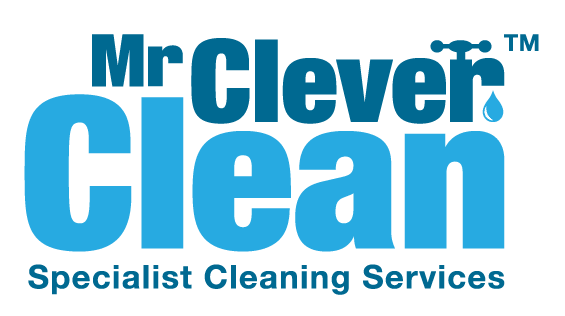